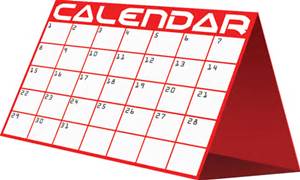 Much like the weather, life has seasons. time and date.com defines seasons this way -“Seasons are periods in a year marked by specific weather conditions, temperatures and length of day. Most modern day calendars around the world divide the year in 4 seasons: spring, summer, fall (autumn) and winter.”

In March I posted Change Happens, Seasons Change. Since then I’ve thought a little more about seasons.

Depending on where you live in the world, seasons can be distinct. Just by looking at the calendar you can get an idea of when a season will end and begin. Although, living in Florida challenges that thought because oftentimes it feels like summer NEVER ends regardless of what the calendar says.

I started thinking about life in terms of seasons. If I had to divide life into 4 seasons it would be birth, development, growth and death. I believe these seasons are occurring every day, all day. It’s bittersweet that every season has an end because there are some seasons I wish would last forever and then there are the others.

Wouldn’t it be nice to have a life calendar to get an idea when certain seasons will begin and end?

Sometimes I think if I knew when a tough season will end, I could endure in a more “Christlike” way. It’s ONLY because of Christ who lives in me that I am able to press through with expectation the various simultaneous occurrences of birth, development, growth and death of life.  Romans 8:28 says And we know that in all things God works for the good of those who love him, who have been called according to his purpose.

Here’s what I’ve accepted about the seasons of life – it’s the before and in between of each season where I need to pay attention and go to work. I refer to these times as the prepping stages. I now know that how well I prepare will determine how well I will endure.

Please understand – seasons will happen whether you’re prepared or not. One of my favorite sayings is ‘Life happens to everyone.’

STEP 1 – PRAY –  As a Christian I know that prayer is simply having a conversation with GOD in JESUS’ name. I’ve learned to make time to talk to HIM. Sometimes I don’t know what to ask for or how to ask for what I need or want. HE knows. In faith, I mediate on scriptures. Praying is where I find strength.

STEP 2 – LISTEN AND BE OPEN TO RECEIVE HIS INSTRUCTIONS – It’s been my experience HIS instructions come in a variety of ways. It could be from an encounter with an acquaintance, Sunday worship or even in a morning sunrise.   It’s HIS prerogative how HE gets it to you.    HE knows exactly how and when to get it to you.

STEP 3 – BE OBEDIENT – This is probably the toughest step for me. Struggling with obedience? Go back to STEP 1.

In my opinion and experience, your life is a calendar of 4 seasons – birth, development, growth and death. My calendar started August 4, 1969.  Since then, my seasons have consisted of the birth of challenges that resulted in opportunities, development of my spiritual muscles in the face of adversity, growth because and in spite of hard knocks and the death of unfavorable situations and circumstances.

I don’t know what year my life’s calendar will end. All I know for sure is that it will end. But in the meantime, I will strive to embrace every season with gratitude.

FINAL WORD OF ENCOURAGEMENT – Ecclesiastes 3:1(NIV) – There is a time for everything, and a season for every activity under the heavens:

Be Encouraged! Be Blessed!

We believe in the POWER of PRAYER. Please submit your prayer requests directly to Pastor Crayton, Minister Lee  or Minister Barber at the emails listed below. If you have questions or comments about our church, please feel free to contact us using any of the information below:

We're in all the usual locations...