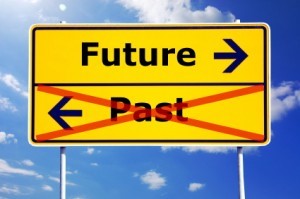 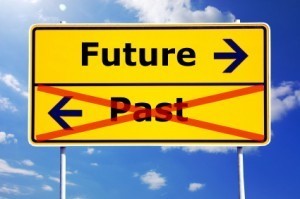 Is it me? Probably. Does it seem that people are always reading between the lines? Sometimes it’s necessary – especially in the workplace. However, the ability to read between the lines can be an occupational hazard. Sometimes an apple is just an apple. I find it exhausting to constantly have to monitor what I say and how I say it because of the concern of how the person will receive it. Right or wrong, I tend to distance myself from people who think they know but often they don’t. I do believe you should be mindful when you speak and you should listen to wise counsel*.

But I ask myself the question, why do people read between the lines to the point where it puts a person on the defense or alienates them? So where does this come from? Is this a personality flaw? Is this a learned behavior? More importantly, do I do this to people?! I pray that I don’t and if I do , Lord help me!  I wonder if it’s a survival tactic developed in response to a past hurtful experience(s). You know the old saying, First time shame on you, second time shame on me and it ain’t gon’ be no third time.

*FOR THE RECORD, wise counsel typically does not alienate or put you on the defense. It may sting a little if correction is involved but it is received gladly because the motive was pure.

It’s tough to have a true relationship with someone because of the baggage we carry. I believe we are so afraid to enter into a meaningful relationship because there is a level of vulnerability that needs to exist. I totally understand this because people will mess up and people will hurt you. But, the beauty of being a Christian is the ability to forgive and move on. It takes a lot of unnecessary effort to carry around all the intentional and unintentional transgressions that people have made against me. At this stage in my life, I don’t have the bandwidth or the desire to carry extra strife. If not checked, unforgiveness can turn into bitterness and resentment. Hebrews 12:14-15 (NIV) Make every effort to live in peace with everyone and to be holy; without holiness no one will see the Lord. 15 See to it that no one falls short of the grace of God and that no bitter root grows up to cause trouble and defile many.

I will forgive because I pray that I will be forgiven. But, I have the right not to forget. Not forgetting helps me to determine what type of relationship, if any; I should have with that person moving forward. I call this wisdom.

Holding on to past hurts, in the long run, only hurts the person that’s holding on to it. I am learning to take the advice of Queen Elsa – Let it Go, Let It Go… Yes, I was singing as I typed. And for those who don’t know, Queen Elsa is a Disney character from the movie ‘Frozen.’

FINAL WORD OF ENCOURAGEMENT: Matthew 6:15 (NIV) But if you do not forgive others their sins, your Father will not forgive your sins.

Be Encouraged! Be Blessed!

We believe in the POWER of PRAYER. Please submit your prayer requests directly to Pastor Crayton, Minister Lee  or Minister Barber at the emails listed below. If you have questions or comments about our church, please feel free to contact us using any of the information below:

We're in all the usual locations...